About the JBL Quantum 600 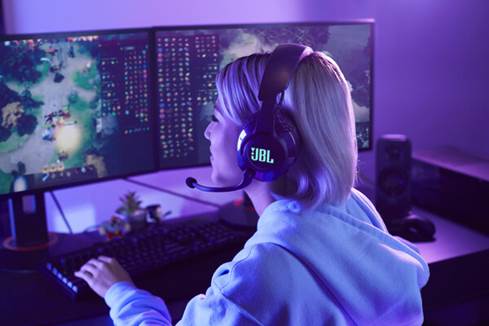 The JBL Quantum 600 headset is the least expensive wireless model in JBL's lineup of gaming headphones. Here's how it works: the Quantum 600 includes a wireless transmitter that connects that to a USB port on your PC, Mac, or PS4. From there, it will send sound wirelessly to the headset — with no lag between the video and audio.

When connected to a Windows PC, you can even get JBL's simulated 7.1 surround sound processing.

For gamers, of course, that means hard-hitting sound effects, but it also means directional cues that can help when competition gets fierce. 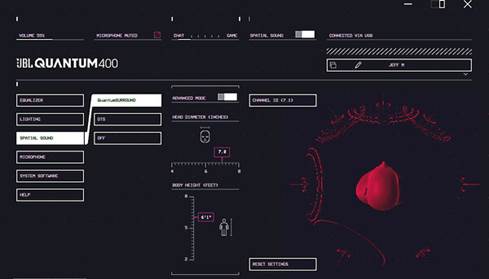 The Windows PC app gave me control of everything from the surround sound to the pattern of the headset's multi-color LED lights.

These JBLs offers clear, powerful sound out of the box. But for an extra level of immersion into your games and videos — and a suite full of cool customization features — you'll want to download the QuantumENGINE software to your Windows PC.

The new season of the Netflix docuseries Formula 1: Drive to Survive was a good fit for these headphones. All of the visceral racing action and tire changes came through with punch-to-the-gut impact. But then in lower-key moments, like an office meeting between a driver and race sponsor.  Wireless or wired connection to your PC or console

In order take advantage of the QuantumENGINE software — including the surround sound processing — you'll need to connect to your Windows PC. You can do that either by connecting the USB-A wireless transmitter or the provided USB-C to USB-A adapter cable. You'll also use that cable to charge the headset and update the firmware. 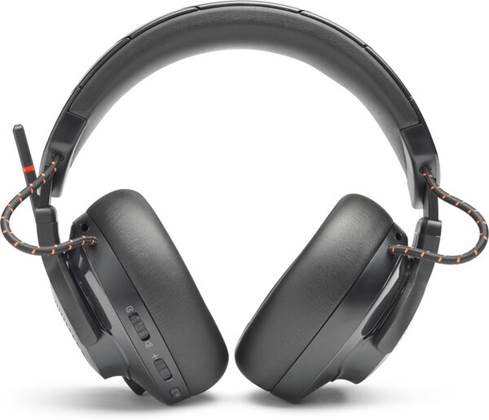 The Quantum 600 headset also comes with a durable cable terminated by a 3.5mm miniplug for two-channel audio. So it will connect to the headphone jack at the bottom of your Xbox One or PS4 controller (and some third-party Nintendo Switch controllers). You should be able to make the same type of connection on the forthcoming Xbox Series X and PlayStation 5 controllers, based on the specs released by those companies.

Gamers often end up wearing headphones for even longer stretches than we serious music listeners. So JBL added an thick layer of soft memory-foam padding to the Quantum 600's earcups and headband. These headphones do fit snugly, but that helps ensure that they stay properly in place while you move around.

You'll find a game/chat balance dial on the left earcup. It gives you quick and easy control over the audio mix for multi-player games. Dial up the volume on crucial communication with teammates or tune out trash talk from annoying opponents. It is also certified for use with DISCORD, and compatible with other chat software including TeamSpeak.

Below that is a raised volume dial that's easy to find with your finger. Plus the attached directional microphone is tuned to pick up voices for clear-sounding chat. You can flip the boom arm up to quickly mute the mic.